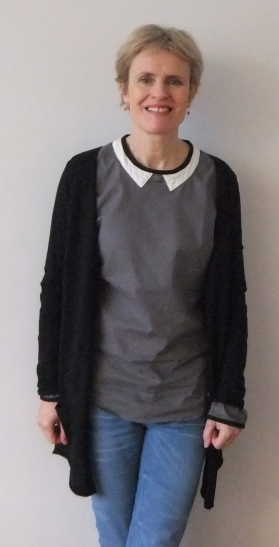 Stefanos Tsarouchas: Two weeks ago I was at another film music venue and the moderator asked the composers, if they're not writing music that pleases the general audience, but the music lacks originality. What are your thoughts on that?

Rachel Portman: For me, from my own experience in writing music for films, I don't think about the effect of writing for a general public. The question is always, how to best score the particular film, that I'm working on. If a film needs an individual voice, I would want to use an individual voice. I think probably the kind of music I write, is always very personal to me and very particular to the film, that I'm working on. The way I work is, I'm not really aware of what effect something is going to have, when it goes out there, but I'm more interested in the particular task at hand.

S. Tsarouchas: How strong is your position as in taking a stand in talking to producers and directors?

R. Portman: When I'm working on a film, I feel, that I'm there to do a job for the director, the director in particular and sometimes the producer too. I've been hired to write the music for their films. It's my job to do what they ask, but on the other hand they value the opinion of a composer, because I have a lot of experience over the years of what works and what doesn't work so well. So my job as a composer is a fine balance between doing, what I think is right and also including what the director wants and its a question of being able to put those two together, so that your happy with something. I would never do something, I was really unhappy about, but on the other hand I would be willing to change quite a bit, what I was naturally writing in order to fulfill the vision of the director.

S. Tsarouchas: I asked that, because three weeks ago I met Alan Taylor. I asked him, why do they use wall to wall music in THOR: THE DARK WORLD. Alan Taylor started to answer my question, but then Kevin Feige took over. For me Alan Taylor was kind of a week director. You worked with Alan Taylor. What was your experience?

R. Portman: I worked with Alan Taylor twice. I'm a big fan of Alan. I think, he's a great director. My favorite film of his is PALOOKAVILLE. I'm not sure, but I think it was his first feature film and its absolutely delightful, if anybody hasn't seen it. I recommend it. It's a wicked funny film and I had a great time scoring that. It's a very, very different film from THOR, which I haven't seen. I find, it's interesting this feeling that on these huge films, that there has to be continual music and it's something, that audiences are getting more and more accustomed too, to sort of having music all the way through like in ... even like the most recent JAMES BOND film, like this continual pulse going through and I was aware, when I was watching it. Oh, what would it be like, if this film didn't have music in this scene? Would the film stand up, without music? And I think more and more there is a feeling that, would a particular scene be as interesting if there wasn't all that interesting music going on. Actually is it better to take it out? It's a big question with how films are made. I feel the big blockbuster films often rely hugely on music to keep things going and therefor the audience out there is getting more and more used to it.Where as, perhaps some of the more interesting films don't rely on music so heavily. Some of the more interesting European or independent American films.

S. Tsarouchas: You got an Oscar for EMMA. Was it in retrospectkind of a burden, because I think you were kind oftypecast for romantic comedies a long time. Do you think the Oscar was helpful for your career?

R. Portman: No, I don't feel typecast by having one an award for EMMA. Perhaps by some people there's a perception, that because I'm a woman and because I won an award for a period film that is also about another woman, that's all I do, but that's not true! On the back of EMMA, I started a working relationship with Jonathan Demme and I worked on BELOVED, but then I worked on MANCHURIAN CANDIDATE, which was a very dark male film, very, very different. I try and do as many different things I can. I enjoy working in other fields of music just so that I bounce out, I'm not asked to do the same thing a lot and I'm not interested in repeating myself too much.

S. Tsarouchas: Do you keep some melodies in mind, that you liked very much, but you couldn't use them for a film and try to use them for another? Or do you try to forget everything?

R. Portman: It's almost impossible to recycle music. If I write a melody for a film and then the film maker says: “No, No, we want something different.”, if it's a good melody I'll keep it, but I find, I can never use it again on anything, because every piece of music that I write for a film is always so specific to that film, that you can't go and put it on something else. It may be, that you could develop something or use a tiny bit of it, if it's similar, but generally you can't use them again.

S. Tsarouchas: You worked a couple of times with your husband Uberto Pasolini. How is it working with him as a producer and or director?

R. Portman: I approach it the same as I would working on any film. Obviously there's good communication, because we know each other so well. Apart from that I approach it like I would approach any other film. There's nothing different. I don't push any harder. I might fight my corner a bit harder (laughs), if I think that I'm right about something, but otherwise it's just the same and it's nice. It's really good thing to do.

S. Tsarouchas: What kind of director do you prefer? Someone how is musically trained and says, I give you a list and this is what I like or someonewho talks to you in moods?

R. Portman: Really, the best help a director can be is if their not to musical. It's not helpful if someone says: "Oh, I love the cello. I've always thought the cello would be nice in this film”, and I think, oh, I don't know if I would use the cello. It's best, if a director doesn't make specific musical references like: "Oh, I'm very fond of Prokofiev and I thought the score could be like Prokofiev", because that's not really, what a composer is there for. They want to write something original. My ideal director would be someone, who is intelligent about music. So they understand music, but they would give me adjectives on what they want the music to be like: I want it to be dark and I want it to be mysterious and that's enough for me. And less helpful would be: “I want a Major key.” The more specific the music is, the worse it is for a composer.

S. Tsarouchas: What is a challenge for you as a composer?

R. Portman: For me a challenge as a composer is, if I don't connect to the material. It's very rare, but if I come across a film and I'm working on it and I think: 'Oh, I don't love this film as much as I hoped I would!' It doesn't happen very often, but that's the biggest challenge, but then there is always something that you can find in any film and it's my goal to make it meaningful.

S. Tsarouchas: So you don't say to the director: I'm sorry, I tried hard but

S. Tsarouchas: I think every composer has some kind of trade mark. What is yours?

R. Portman: If I have a trade mark it's unconscious.Other people say: "Oh, I knew that was your music. I knew immediately as soon as it started", but I don't know what that is! So it's very hard to talk about your own music like that, because I don't really know, why I write like I do. It's like being a painter. You paint what you paint, but you have a style. That's just because it comes from within you.

S. Tsarouchas: Composers have different ways to find the right music. What do you need? The final edit, the script?

R. Portman: I can start writing from anything. I can start writing from a script or from a book. Obviously as a film composer it's nice to start with the film, to have the images and that is the most useful for writing the music that will actually remain in the film. But if I need to write a theme, I'm happy to write that from an idea or an emotion or story or anything really.

S. Tsarouchas: You've children of your own. Would your husband and you encourage your children to take up the same professions as you did?

S. Tsarouchas: You wrote music for many types of genres, but never for a Western or a big SciFi film.

R. Portman: I would love to do Western one day or I'm not so sure about science fiction (laughs) You never know, what's going to be offered. I'm interested to try anything, anything new, but I'm not particular interested in anything very violent. I'm not interested in scoring violent movies.

Excerpts of the interview were aired during the Soundtrack_Cologne special in December 2013.

The German translation can be found >>here<<